Five Things You Will Love About Hogsmeade Village

Okay, California muggles and visitors from around the world, get ready to hop onboard Hogwarts Express for a trip to Hogsmeade village and The Wizarding World of Harry Potter at Universal Studios Hollywood (USH)!

Inspired by J.K. Rowling’s books and characters, the latest attraction has been recreated with flawless detail so you can be magically transported to Scotland where you'll step inside a real-world adaptation of Hogsmeade village and, of course, get a tour of Hogwarts castle, all for the price of a one-day ticket to USH. 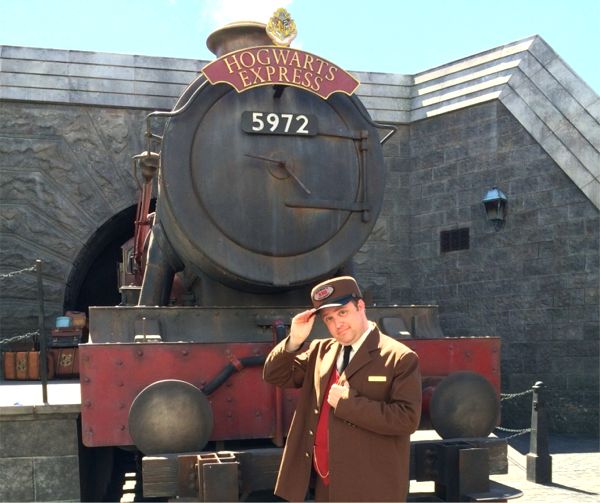 As you enter through the city gate, you'll be greeted by the conductor of Hogswarts Express.  My friend, Kayte Deioma (Los Angeles Travel Expert on About.com), and I got a very special and personal tour of Hogsmead village from Alan Gilmore, the Supervising Art Director of The Wizarding World of Harry Potter.  Alan's long list of film credits include Alfie, The Bourne Ultimatum, and X-Men: First Class, but what makes him uniquely qualified to be bring the movies to life at Universal Studios Hollywood is his work on Harry Potter and the Prisoner of Azkaban and Harry Potter and the Goblet of Fire. 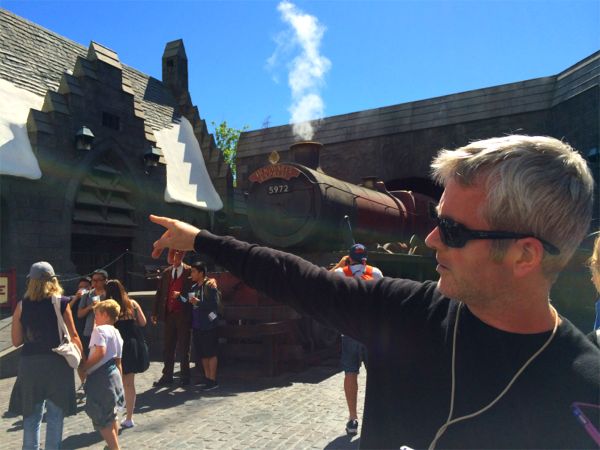 As part of the visionary team behind creating the world of Harry Potter, Alan has worked closely with J.K. Rowling to merge theme park and film production design to create a new level of an immersive experience so that you feel like you have literally stepped inside the movie to experience Harry Potter's world - from strolling the streets of Hogsmeade village, shopping in local boutiques, eating authentic Hogsmeade cuisine, and making your way into Hogswarts castle. 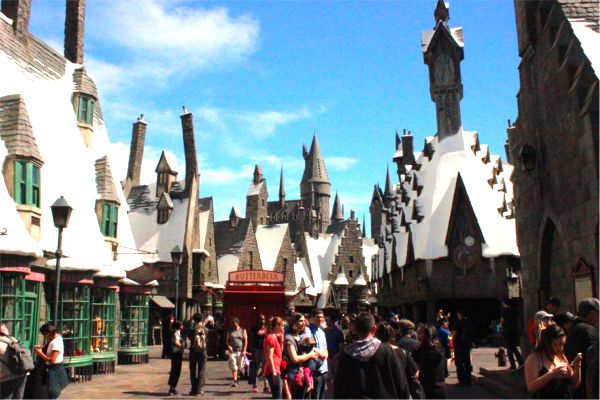 1. Candy Items That Were Props in the Movie are Brought "to Life" at Honeydukes. You can shop at the local stores that Harry and his friends loved in the movies like the legendary shop for sweets, Honeydukes.  Alan said that it was important to bring the candies in the movie (that were basically props) to life so now you can buy Bertie Bott’s Every-Flavour Bean,  Acid Pops, exploding bonbons and Chocolate Frogs, which contain a wizard trading card in each box.  The graphic designers that designed the packaging for the props in the movie were instrumental in branding the real life products now available at Honeydukes. 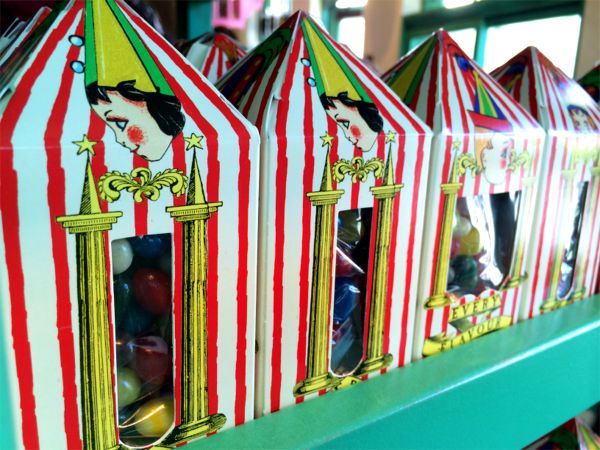 2. You Can Buy Your Very Own Magical Wand at Ollivanders Wands. Now, every little wizard needs a wand so you'll want to step into the small dusty shop of Ollivanders Wands and feast your eyes on the countless wand boxes stacked to the ceiling. Alan was very excited to show us one of the most special wands in the shop - an interactive wand that let's you perform magic all around Hogsmeade.

Just follow the map inside the wand box, wave your wand, recite the magic words, and the world of illusion unfolds before your eyes.  Little muggles love this, too. 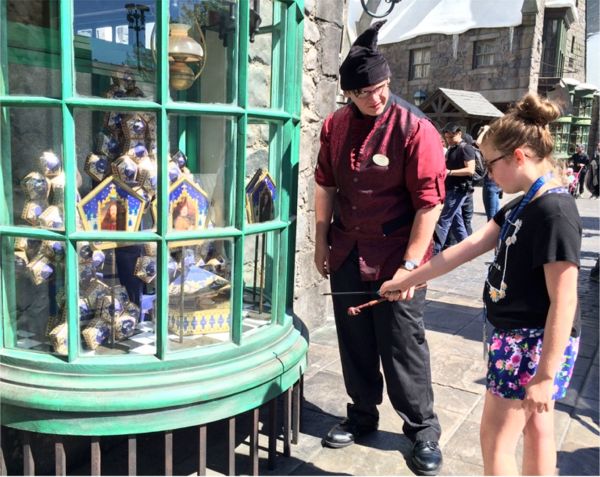 3. Taste British Pub Food Favorites On the Menu at Three Broomsticks. After you've worked up an appetite, The Three Broomsticks tavern has a tasty menu with some of my favorite British dishes including fish and chips, shepherd's pie, and bangers and mash. Make sure you also visit Hogs Head pub, at the rear of the tavern for a delicious, and very sweet,  Butterbeer (also available from the Butterbeer carts). 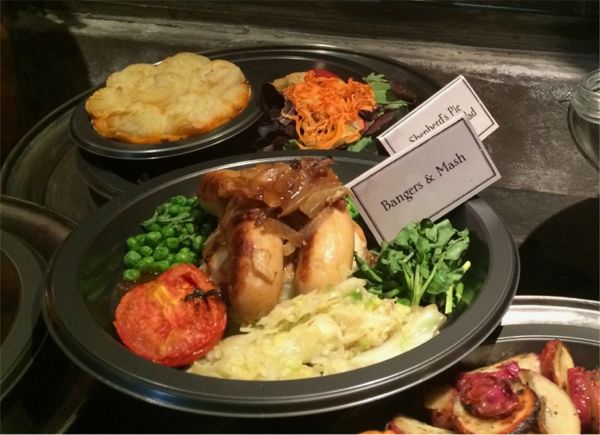 4. Mail a Postcard at The Owl Post Postmarked from Hogsmeade. Now before you head to Hogwarts castle, you'll want to stop at The Owl Post station to mail letters or postcards to get them postmarked with an actual Hogsmeade postmark (send one to yourself as a unique souvenir). 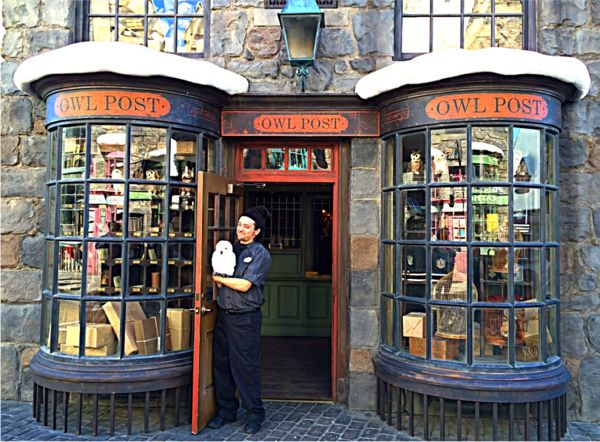 You’re responsible for your own postage so bring stamps. Once you have your post ready, take your mail to the witch or wizard manning the station and he or she will stamp your envelope and hand it off to the next owl up for delivery. 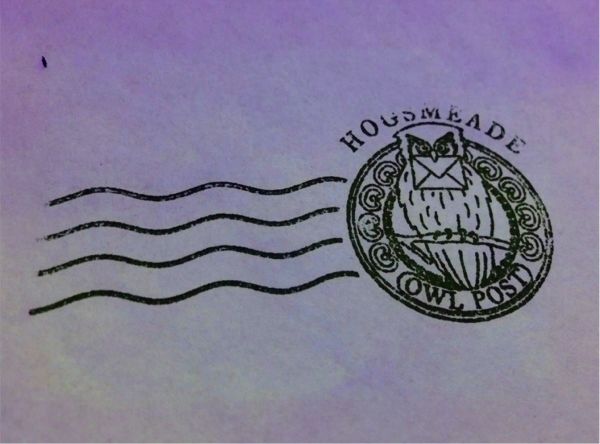 5. The Workers in Hogsmeade Village Dress Like Villagers in the Movie. One of the special J.K. Rowling touches is that she wants to make sure visitors to the park have an immersive experience and the devil is in the details right down to how the village workers (a.k.a. theme park employees) dress inside of the The Wizarding World of Harry Potter.

Their costumes have been designed by the same costume designers who made the wardrobe for the films.  From the train conductor to shop keepers to bartenders at Hogs Head pub, you'll feel as though you've stepped into their world.  So you won't find one single yellow top with khaki pants dressed employee in this part of the Universal Studios Hollywood. 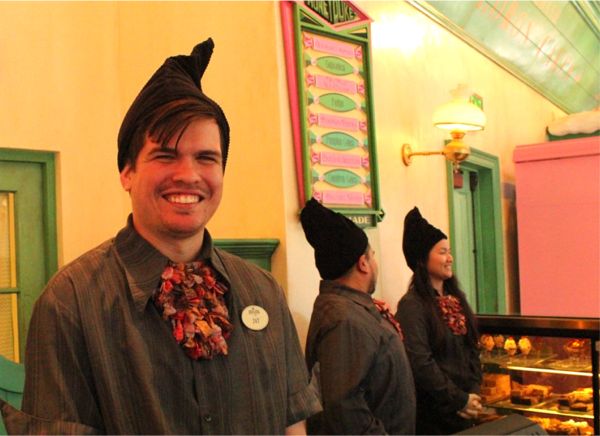 Before you go, be sure to step inside the train station where you can snap a photo in the seating compartment of Hogwarts Express (like I did with Alan Gilmore). 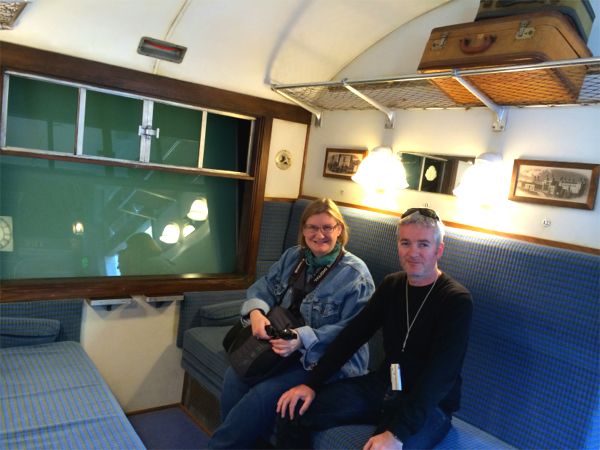 I loved my trip to Hogsmeade village, as any muggle would, and there's so much to explore in the Wizarding World of Harry Potter at Universal Studios Hollywood including going inside Hogwarts castle to take the Forbidden Journey.

If you're heading to Los Angeles, find out my secrets to save up to 55% off of theme park admissions including Universal City Hollywood with the Los Angeles Go Card.