United Airlines Pet Safe Service:
Is It Safe for Your Pet?

If you ever need to transport a pet, United Airlines Pet Safe service is one option available to you, but is it safe for your pet?  This isn't my typical blog post, but it's an important topic involving an airline and using them for pet transportation.

Eleven years ago this coming fall I adopted a Norwegian Forest Cat from a breeder in Michigan.  Now since I live in Los Angeles, the only way to get the kitten to me in L.A. was to either fly to Detroit and bring him back with me on the plane or use Delta's Pet First service that the breeder recommended.  The pets fly in a pressurized area of cargo with this service and the breeder said she regularly used this service to ship kittens to Tokyo.  I was very happy with Delta and my kitten, Riley, arrived safely and with no hiccups.  Here is a photo of Riley today (below). 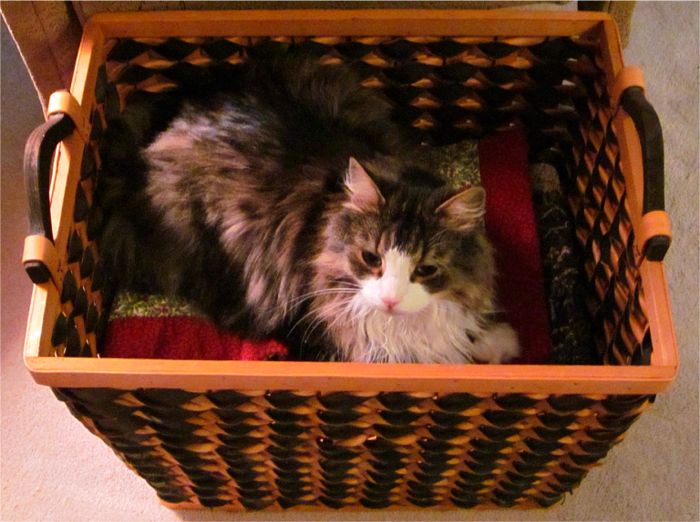 Now, before this turns into an ugly discussion about adopting a cat from a breeder, let me clarify that every cat I've ever adopted was a rescue of sorts, but when I lost Murphy, a Norwegian Forest Cat (also known as NFCs or wegies) that I had rescued, to cancer -- adopting a "Murphy, Jr." helped heal my heart.  Also, wegies are a breed that originated thousands of years ago and even accompanied the Vikings in their travels throughout Europe. The breed developed on its own in the cold climate of Northern Europe, which led to its profuse, double coat.  They are not engineered by man, but reputable breeders around the world work with love and passion to preserve this breed from extinction.

I'm connected with a wonderful group of wegie owners and breeders on Facebook and that is how I heard of this story.  I'm simply sharing the press release and the photo of the kitten.  I understand that these types of situations don't happen "every day," but all airlines need to be accountable and responsible when they provide these types of services.

This is from Facebook United Airlines Wall of Shame. 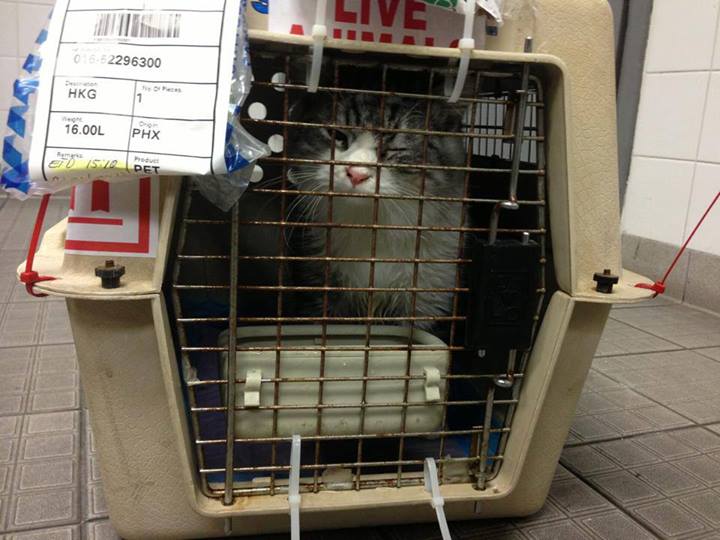 United Airlines claims that its PetSafe animal transport program is “award-winning” and the “premier program in the industry.” That’s one of the reasons Alice Wright, a local breeder of purebred Siberian cats, opted to use United to ship one of her kittens to a breeder in Hong Kong this weekend – only to have the animal disappear inside United’s cargo computer system and be stuck in a carrier without care for nearly three days.

Alice dutifully delivered the kitten (named “Sheldon” after Big Bang Theory character Dr. Sheldon Cooper) to United Airlines Cargo in Phoenix on Sunday, July 28th, 2 hours prior to flight time as per the airline’s requirement. She was expecting him to be transported to Newark’s Liberty Airport for the long trip to Hong Kong, where new owner Jackie Tang was awaiting him.

Although United required Alice to provide contact information for both herself and Jackie before accepting the cat for shipment, not once during the next 72 hours did it make any attempt to contact them. They were never notified that due to an internal booking error, the cat had not arrived at Newark Airport in time to leave for Hong Kong on United flight 117 – even though that flight actually departed 4 ½ hours after its scheduled time! So, while Alice assumed Sheldon was soaring through the air and Jackie was eagerly anticipating his arrival, the poor kitten was sitting forlornly in his carrier in a cargo hold in New Jersey, where he apparently remained for nearly 24 hours.

Meanwhile, Sunday’s flight 117 arrived in Hong Kong. Jackie made the 90-minute trip from her home to the airport, then waited an hour for Hong Kong customs to clear the cargo for release. It was not until then that she was told her cat had never been on the flight. Furthermore, no one in Hong Kong had any idea where he was.

Of course, Jackie alerted Alice immediately – but Alice’s job does not permit her to remain on hold for the 30-45 minutes that is the standard wait time to speak with a PetSafe representative. Alice was powerless to find out what had happened to the cat. Friends attempted to call United on her behalf but were told that information updates would be provided only to the shipper or consignee. So, Alice eventually made a second trip to the airport to try to speak with a live person. United Cargo personnel in Phoenix were unable to tell her anything other than the fact that Sheldon was “listed on the manifest” for Monday’s flight 117. They could not provide any information about the cat’s current status or whereabouts. All the two women could do was wait and hope that when Monday’s flight 117 arrived in Hong Kong on Tuesday, Sheldon would be on it.

Fortunately, he was. He was miserable, hungry, and covered in feces, but as soon as Jackie cleaned him up, he started to purr. United staff in Hong Kong refused to provide any explanation or apology for either the cat’s condition or the delay. When contacted for comment on this story, PetSafe management in the U.S. noted that the airline has a kennel available at Liberty airport for care of animals being transported. However, PetSafe general manager Fran Cervantes refused to give any additional details or comment on the situation, stating that this information would only be provided to the designated shipper or consignee.

The two women are now at a loss as to how to proceed. A call to the U.S. Department of Agriculture provided no guidance as to what, if any, government agency has the authority to take action in this kind of incident. Consumer protection agencies cannot provide any assistance since the purchased product (transport) was, in fact, provided. The REAL Dr. Sheldon Cooper would no doubt have some constructive suggestions, but without his help, Jackie and Alice’s only option seems to be to tell other prospective animal shippers that they might want to consider an airline where “Pet Safe” is NOT an oxymoron.