You're packed and ready to go on vacation, so now comes the most important issue at hand: avoiding jet lag when you arrive at your destination. A survey by Conde Naste said that 93% of travelers get jet lag but you don't have to be one of them if you use my tips.
~Marianne Schwab 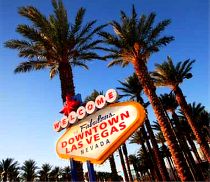 Booking travel online should be quick and easy…not to mention affordable and that's why I like Expedia. Did you know that you can save up to $525 when you book your flight and hotel together at Expedia.com?

For the best deals, book 60 days or more before you travel because usually the further out you plan, the better the package rate.
~Marianne Schwab

I have put together a list of the top five travel mistakes people make that translate into paying too much for a vacation no matter where you book your trip (through a travel agent, airline or online).
~Marianne Schwab