The room we were in was not furnished, but during the time Jesus was there, imagine that there would have been rugs and pillows on the floor and possibly a very low table. They would not have been seated at chairs (as is depicted in the Da Vinci painting) because it was Middle Eastern custom during this period to sit on the floor.

As I sat there in the Upper Room in Jerusalem, I couldn't help but think of this wonderful song by Cherri Keaggy, In Remembrance of Me, and I sang it (just as the apostles had sung a hymn, I sang a modern day praise and worship tune). The acoustics were phenomenal and the song couldn't have been more perfect for the setting. I found it on YouTube and hope you'll play it and see what I mean (below): 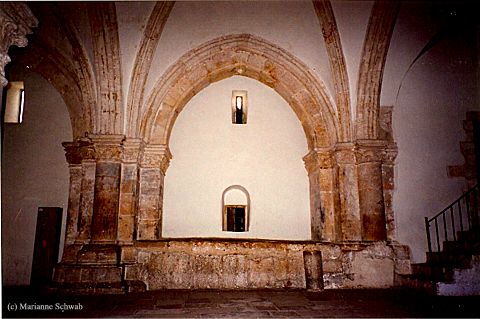 [Photo: The Upper Room in Jerusalem.]

It is believed that the building where this Upper Room is located was built in the third or fourth century over the location of the original Upper Room and possibly even with stones from the ruins of that building. Regardless of its authenticity, it's a lovely place to come and, in some small way, imagine what that last Passover Seder might have been like for Jesus.

I love sharing about my travel experiences in the Holy Land on my Walk Where Jesus Walked tour because the Bible comes alive when you travel through Israel to places like the Garden of Gethsemane, the original steps of the Second Temple in Jerusalem, discovering the Eye of the Needle Gate, and even the Mount of the Beatitudes nestled next to the Sea of Galilee.

Back to Best-Travel-Deals-Tips Home Page

Discover a World of Ways to See the World! Copyright © 2010-2019. BestTravelDealsTips.com (a division of CMP Media Cafe) All Rights Reserved. No Reproduction Permitted Without Permission. 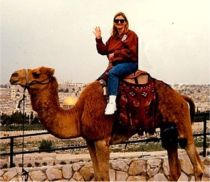 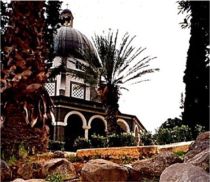 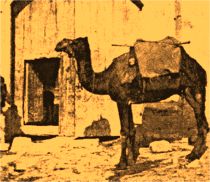 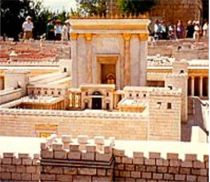 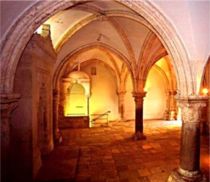 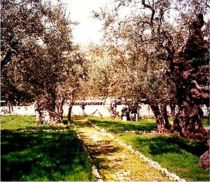 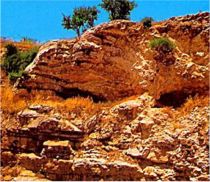 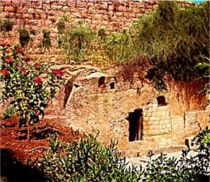