The reality of "The Needle's Eye" even in the 21st century 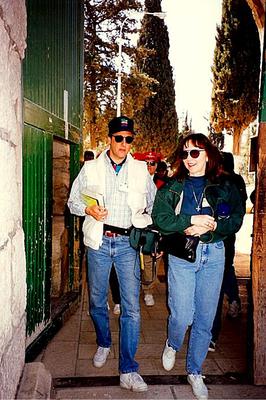 Eye of the Needle Door in Jerusalem

Whether a narrow gate in Israel or an actual needle of our time, Jesus' assertion that a rich person will hardly make the kingdom of God remains consistent.

The discomfort, challenges and/or inconveniences that was involve with anyone determined to enter through the gate,especially in this case the rich young man, remains the same for majority of the rich even in 21st century who may still not be willing to separate themselves from either the principles that made them rich or the riches itself.

On the other hand, if the 21st century needle comes in context, it still doesn't change anything. The concentration, dedication, patience and submission it takes to successfully pass a thread through the "eye of the sewing needle" is still similar to what it would have require to go through the gate with a Camel, where one had to strip the Carmel of everything it was carrying before carefully guarding it through the gate. The same thing is require of one who wishes to attain the kingdom of God in the context of what Jesus was saying.

The two conditions stated above seems interchangeable in any case where a speaker would like to present the idea of submission and great sacrifice anyone wanting to obtain the kingdom of God will have to face, especially, in this case, "the rich".

The implications: Riches, in many cases comes with hard work dedication, sacrifices, determination, some level of ego/pride, prestige and a lifestyle that is formed in the attempt

to become rich (the time factor). All these are not attributes or characteristics that can easily be divorced by anyone. And even if it is likely to happen, it may not be in a few days..

In contrast, the reality of the kingdom of God as Jesus presents it, demands a decision making that clearly shows a 180° turn around from the state we are in when we encounter the gospel. The transformation is ultimate but may take some time or may be immediate. In any case, one is require to gradually conformation to kingdom standards. This, in the case of a rich person will include separation from physical, social and personal wealth in many cases.

Conclusion: The demands of the kingdom of God as Jesus thought and the act and condition of being rich, is what is depicted in the needle's eye in whatever context it is used.

So, as sad and uncomfortable as it may seem, we cannot dismiss the idea within Jesus's teachings that it is impossible for a rich person to enter into God's kingdom.


Marianne's Reply:
Thank you for this thoughtful and thought provoking comment. With GOD, ALL things are possible. The rich can enter the Kingdom so long as they put God above their riches and love God over money.

Join in and write your own page! It's easy to do. How? Simply click here to return to General Comments.