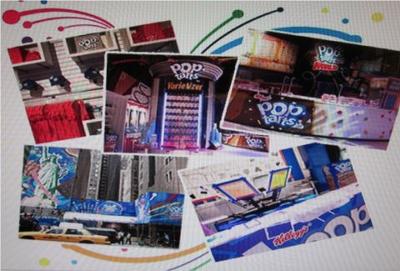 Question: Is Pop-Tarts World still open? It's located right off Times Square on 42nd Street and it just goes to show anything is possible in NYC. People stand in line to buy a single pop-tart for more than an entire box would cost anywhere else.

Best-Travel-Deals-Tips.com Answer: From August 2010 through December 2010, the Pop-Tarts® Toaster Pastries brand popped up its very own temporary store in Times Square, New York. As of January, 2011, that store has been closed, but a lot of the great gifts and official licensed gear that you could find in the store are now available on PopTartsWorld.com. Also, look for more fun ideas from Pop-Tarts® throughout 2011 at PopTarts.com - they're always up to something new and different!

Join in and write your own page! It's easy to do. How? Simply click here to return to General Comments.